With the GHPC Discord server hopping and the small but dedicated dev team hard at work on the Patreon-only vertical slice build, it seems like a good time to explain what the project is about.

Gunner, HEAT, PC! was started by tank nerds, driven by our experiences playing tank games. We remember the well crafted sim-lite titles from decades past, and we think there's a place for that kind of game again.  GHPC is not another free-to-play arena TDM game, and it's not a full-blown simulator you need a manual and a week of training to use.  We intend to fuse game and simulation in a way that preserves player experience yet doesn't sacrifice on realism where it really counts.

In order to bring about the kind of experience we would want to play, the design of GHPC will adhere to some ground rules:

Far from the simple proof of concept demo previously created by one person and posted on itch.io, GHPC is being redesigned from the ground up with high fidelity vehicle modeling, improved weapon and armor systems, more flexible crew control, multiple game modes, infantry/air support units, and multiplayer.  In particular, there are several upcoming features we're excited for:

A game mode for everyone - GHPC will offer a variety of ways to play your favorite vehicles.  These include single- and multiplayer scenario missions (historical and fictional), dynamic single player campaign, custom missions, and unique multiplayer game modes.  Whether you're searching for a compelling strategic experience or just some quick action, we've got you covered.

A place for every role - Each vehicle type will be utilized according to its abilities.  A scout car won't be brawling with enemy MBTs, but it can do recon and spotting work that allows the rest of the team to outmaneuver the enemy and apply direct firepower effectively.  An IFV won't stand a chance in a knife fight, but it can unload infantry, secure a key town, and directly bring about a win.  Whatever role you choose to take, it will be important.

Seamless control and vehicle swapping - This isn't a team deathmatch game where you use up your spawns and return to the hangar to soak in the defeat.  GHPC mission scenarios will allow you to select and control an existing unit in your team's force.  If you should get in over your head and lose that unit in combat, you'll be able to stay in the fight by switching to another vehicle presently controlled by AI - or maybe even joining another player's crew.

Multicrew - Work as a highly coordinated group to push your vehicle to its full potential... or at least have a lot of fun in the attempt.  Players will be able to team up by sharing responsibilities within a single crew.  If you've ever wanted an excuse to holler initial fire commands at your friends in a video game, here's your chance to shine.

Seamless player joining and leaving - Didn't make it into the queue on time?  Don't worry.  GHPC handles player input by giving you temporary control over the already functional AI crew members in a vehicle.  If you join late, or disconnect, or switch roles, the mission proceeds without a hitch.

Realistic weapons and armor - Health bars can't do justice to the chaotic struggle between tanks and anti-tank weapons.  We know these systems are complex and deadly in real life, and we've done our best to model them thoroughly in GHPC.  Every projectile flies true, affected by gravity, air resistance, local air density, even the temperature of the propellant when it ignited.  Every piece of armor is marked for material composition and thickness.  Explosive reactive armor tiles detonate and disappear.  HEAT rounds fuze and shred steel with plasticized copper; APFSDS normalizes and rips through slopes; HE-frag shells throw dense clouds of shrapnel; and ATGMs bob and weave their way to their mark.

Detailed system and component damage models - Even if the ammo and armor are the core of the GHPC combat system, the damage modeling is the key.  Live and die by the state of individual elements of your vehicle.  Every piece of ammunition in the ready rack is modeled and can be hit with realistic results, down to the difference between propellant and penetrator.  Every gunsight, every crewman, every fuel tank and engine are present in their places - and if they're damaged, you'll deal with the consequences.  A single shot to the right place is worth more than any number of overpenetrations that strike nothing of value.

Immersive crew communication - "Gunner, HEAT, PC!"  Hear the sounds of teamwork in authentic form: your AI crew members will shout out fire commands and responses in line with their current actions.  From the loader yelling "UP!", to the gunner calling ranges and hits, you'll get the full audio experience. 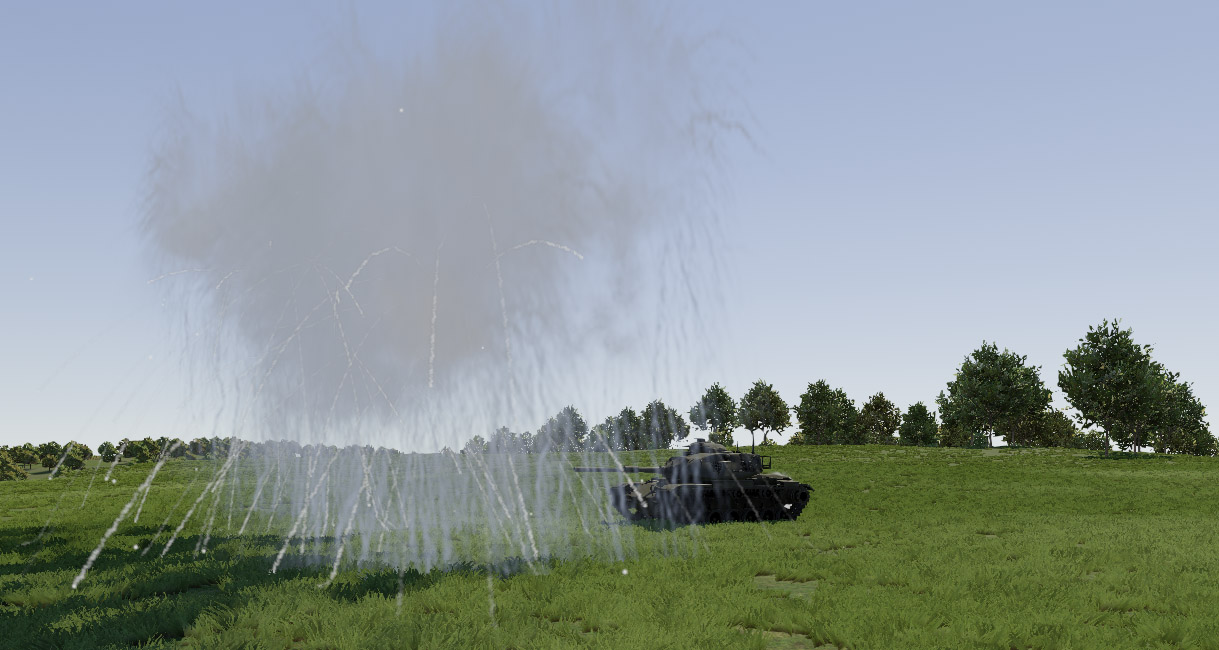 The future of GHPC is going to be awesome, and we hope you'll come along for the ride.  If you love what we're making as much as we do, consider supporting us on Patreon, or just follow along on our Discord server and YouTube channel.  If you haven't played the early proof of concept demo, it's free and still available to try out at any time.

We're also looking for skilled artists for vehicle models, terrain, and audio!  If you're interested, send your portfolio or work samples to the team via info@gunnerheatpc.com

Astounding work, keep going, you are fueling our autism in the good way
Reply 2 Likes

· 2y ago
Looking forward to how this develops. Good luck.
Reply Like

· 1y ago
I've completed all the missions, instant action scenarios. I love this game so much and can't wait to see what it fully becomes. In the mean time I'll practice my gunnery skills and try to complete all the missions at night ._.
Reply Like

· 415d ago
It'd be cool to see either a degree of vehicle customization (different weapon and armor configurations on vehicles where that makes sense,) or at least multiple variants of the same vehicle. The M113 for example has seen dozens of variants and uses, ranging from it's stock APC configuration to versions configured for fire support armed with mortars or recoilless guns, and even some armed with ATGM launchers. Maybe some vehicles can be up-armored with ERA bricks or mount an ATGM launcher on the commander's cupola in place of the usual machine gun. That's common to see with IFVs such as the BMD series, but some countries such as North Korea are known to mount small anti-tank or anti-aircraft missiles on their MBTs.

Can we also get to customize the loadout of our soldiers, or carry additional equipment for the troops in our vehicles? I'd be cool to have some LAWs or AT4s, maybe even a light mortar in the back of a Stryker APC for the troops to use.
Reply Like