GHPC has been updated to version 20211004!  As always, you can find the public demo here.  Patrons can find the full demo using the usual link, which will be shared again in the Patreon post for the update.

This update debuts a long-awaited vehicle: the BMP-1 infantry fighting vehicle!  A staple of Warsaw Pact motorized assault forces, the BMP comes with an unconventional 73mm gun and an even more unconventional manually-aimed ATGM.  In this update, it is joined by the new Ural-375D cargo truck, detailed in-flight ammunition models, and more. 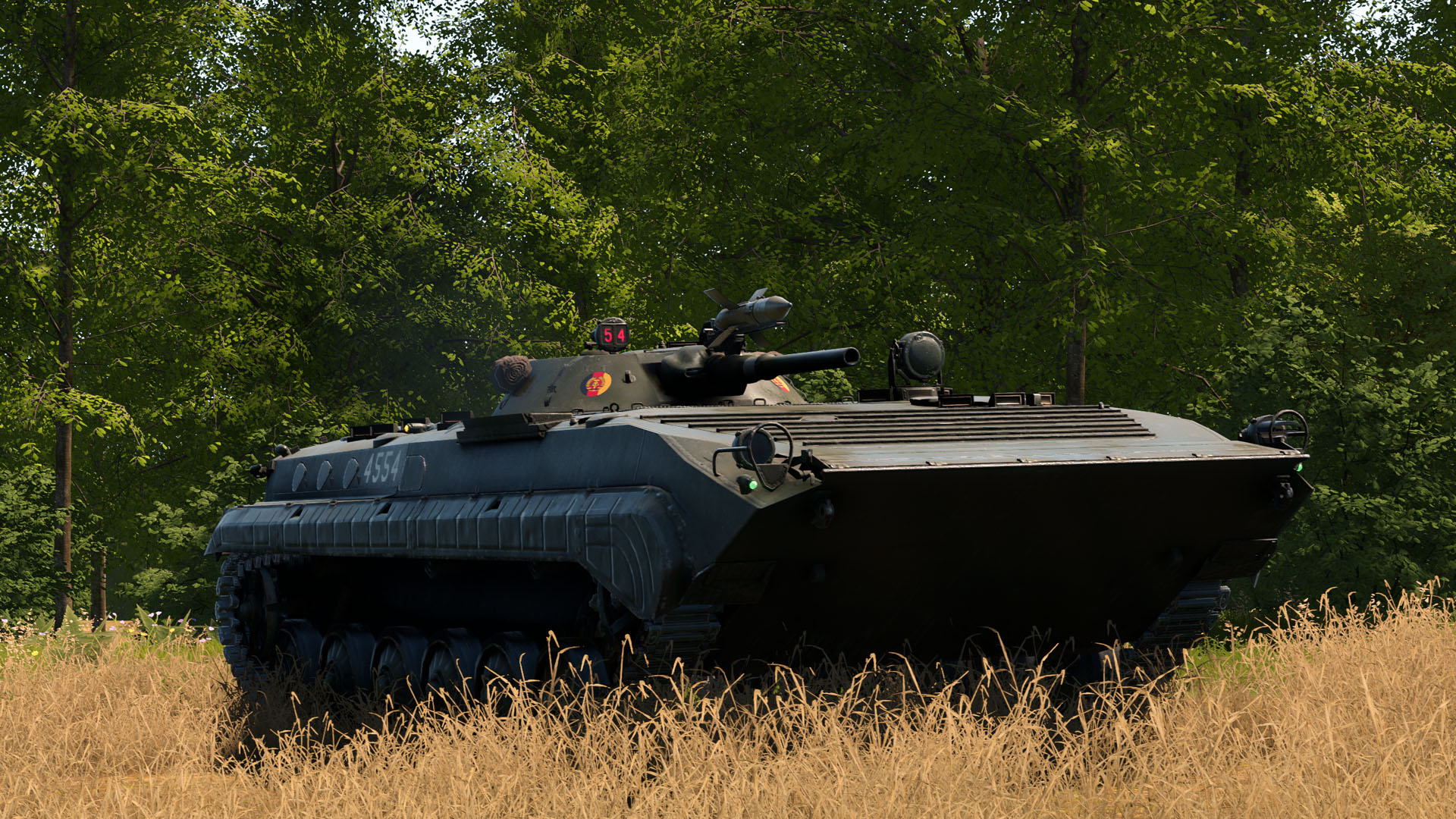 The BMP-1, though somewhat outdated by the 1980s, was a mainstay of the East German NVA.  One of the first infantry fighting vehicles, it is a highly capable "battle taxi", able to deliver troops to the front lines and engage in supporting fire against armored and unarmored targets.  Its primary armament is a tuned down version of the SPG-9 recoilless gun: the 2A28 "Grom".  Using this 73mm gun, the BMP can deliver HEAT and HE-Frag rounds on close-range targets.

The BMP-1's externally mounted ATGM, the 9M14 "Malyutka", features a challenging MCLOS aiming mode, but a well-placed hit can disable even main battle tanks.  Due to the upward launch angle and the time required to bring the missile's path down in a controlled fashion, it's recommended to use it against targets at least 800 meters away and with an unobstructed line of sight.  The system will also not function properly when the BMP is moving.

Patrons can enjoy the BMP-1 in two new scenarios, and multiple existing missions have also been updated to include the vehicle. 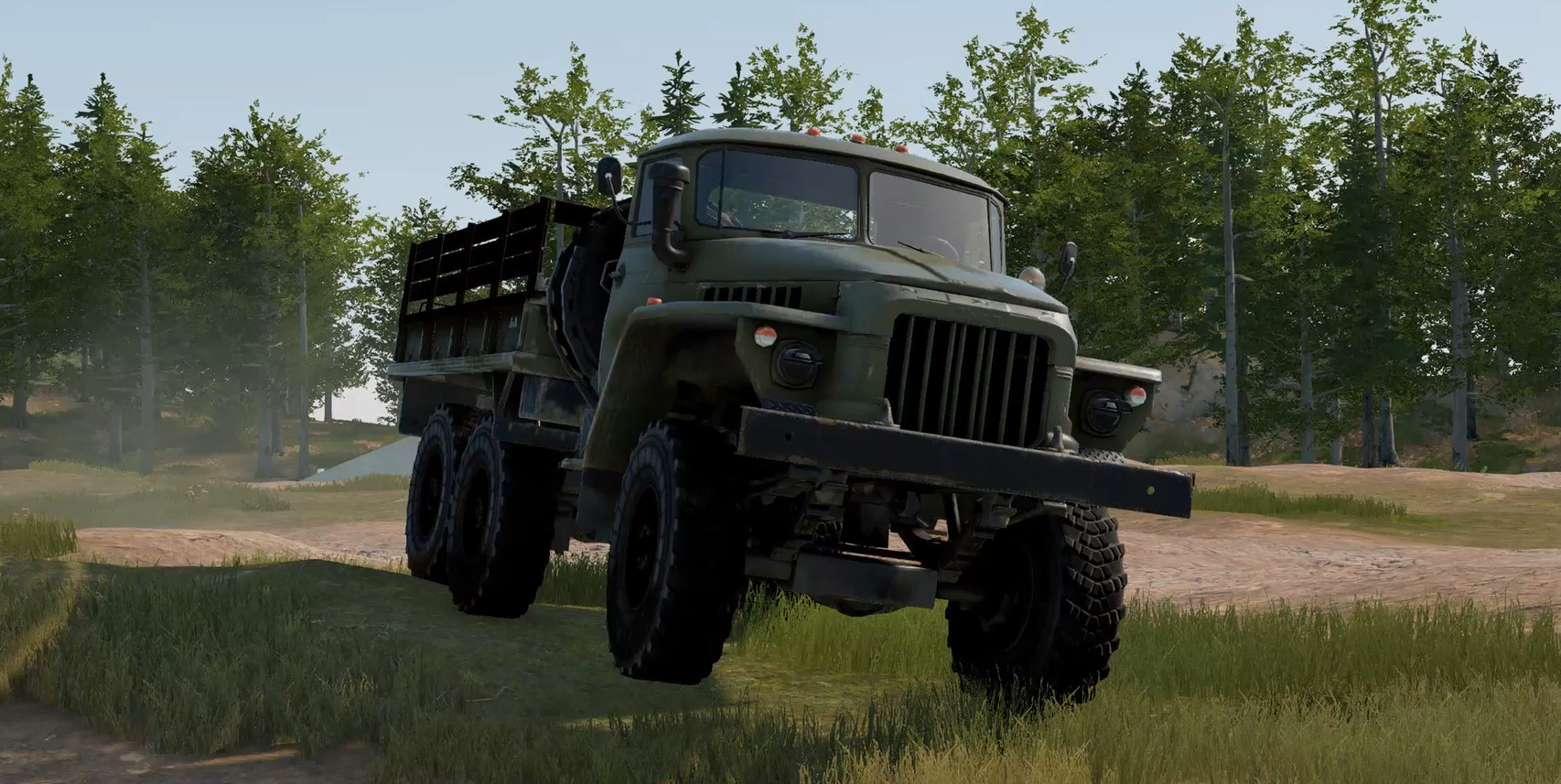 Far less dangerous but still every bit as iconic, the Ural-375D cargo truck also makes its first appearance in GHPC with this update.  While there are no real missions for it yet, this truck can be put through its paces in the proving ground or the showcase mission "Fun Drive".

Among the other features introduced in this update is the addition of detailed in-flight projectile models for most large caliber weapons.  If you're a fan of using the slow motion controls and the free cam, this should be a nice bonus for your screenshots and videos.  (Note that the T-72 does not yet have detailed projectile models - these are still being worked on.)

A playthrough of the two new missions included in this update will reveal that there are new dynamic events in play.  As some of the early benefits of our work on mission features, scenarios can now react to units' movement, destruction, and more.  As always, the team is also working on several large game features that have a longer lead time, with the goal of making GHPC a more dynamic and full-featured game.  Keep an eye out for more news about these soon!

If you like where GHPC is headed and wish to support the project, please consider joining on Patreon.  We are entirely community-funded, and your contributions directly enable us to bring the game to life.