GHPC has been updated to version 20220508.1!  As always, you can find the public demo here.  Patrons can find the full demo using the usual link, which will be shared again in the Patreon post for the update.

This minor update introduces the early variant of the M1 Abrams tank.

When the M1IP hit the scene in the mid-'80s with improved armor protection, it could not immediately replace the thousands of M1 tanks already deployed, and the slightly older Abrams remained in active service for several years.  Fortunately for the Americans, the M1 still had sufficient armor to protect against outdated Soviet export ammunition (3BM15), which was the best the East German forces had on hand. 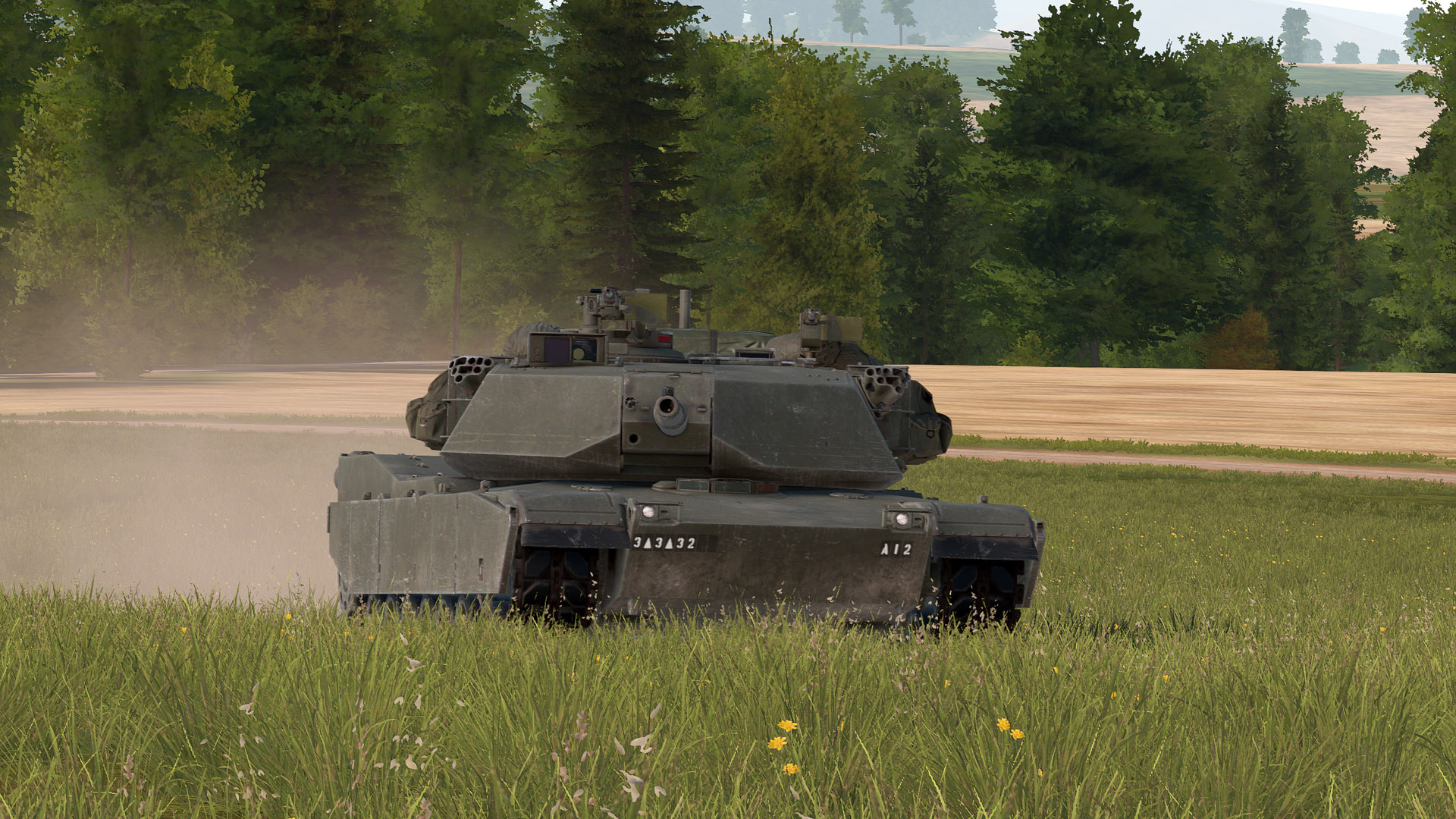 The early Abrams had some issues with mud buildup in its drive sprockets, and crews would often remove or cut down the rearmost side skirt panel to deal with this.  In GHPC, the M1 will randomly have the rear skirt panel field-modified or deleted to reflect this situation.

Patreon supporters can put the M1 Abrams through its paces in multiple missions (see changelog) and the mission generator.

In addition to the new vehicle, we've implemented a handful of bug fixes and other improvements.  Stay tuned for more GHPC updates soon!

· 47d ago
This game is god damn beautiful. Love it with all my heart.
Reply 1 Like

· 46d ago
Excellent work guys. Just my personal suggestion what can be added for even better immersion.
1.Marks on armour after hit, like "fin petal" after sabot and and scorch after HEAT.
2.Richocheting tracers from machinegun fire.
3. A bit more of sparks when vehicle been hit. (as can be seen in real live  gun camera footage)
This game have massive potential. Been already playing solid hours and it is just early access. 5 of 5.
Reply 1 Like

· 45d ago
Ye, I'm also really waiting for hit marks. I guess it's only thing really missing now.
1 Like