The GHPC Patreon preview build has been updated to version 20201231!

This build introduces one of the biggest features that's been missing from the game since we began rebuilding it in January 2020: combat missions against AI!  Our team has been working hard to bring you this update by the end of the year as promised, and we're happy to report that we've accomplished this goal.  Keep in mind, however, that there are known bugs and other issues (see the end of this post for the list), and we'll be patching the demo further in the coming weeks.

Foremost among the new features is the new mission screen.  For those who have played the old public demo, this will look familiar - but now it's running on an entirely new custom mission system that allows us to quickly spin up fresh content in our maps with minimal effect on the game's overall file size.

For this first batch, we have four pre-made missions set in the 2 km x 2 km Germany test map.  Two are direct confrontations between roughly equal platoons, one is an asymmetrical battle, and one is a challenging solo mission where a single M60A3 TTS must find and eliminate a variety of Pact equipment.  We hope you'll find these missions fun and challenging while we work on expanding the content and adding the larger map that's in development.

These missions are made possible by the brand-new driver and gunner AI.  While this is still in very early stages, it has some good features already, such as variable skills, distance and speed compensation, intelligent target prioritization, pathfinding, and driving around destroyed vehicles.  We will be adding more features in the near future, including platoon formations and better use of optics and viewports.

Even in its early state, the AI is fairly challenging to fight against.  Players will do well to avoid charging into unknown spaces or crossing open areas unprotected.  Enemy vehicles and ATGM emplacements can take you out in one unlucky hit.

Underpinning the new destruction system is our new dynamic fire and explosion simulation system.  With fully realized individual flammable items, compartment temperatures, overpressure, sympathetic detonation, hatch failure, and a long list of other features, this system produces unique results based on the exact battle damage inflicted on a vehicle.  The effects in this patch, like most everything else, are early work in progress versions, and we'll be polishing the system in the future as development bandwidth opens up for it. 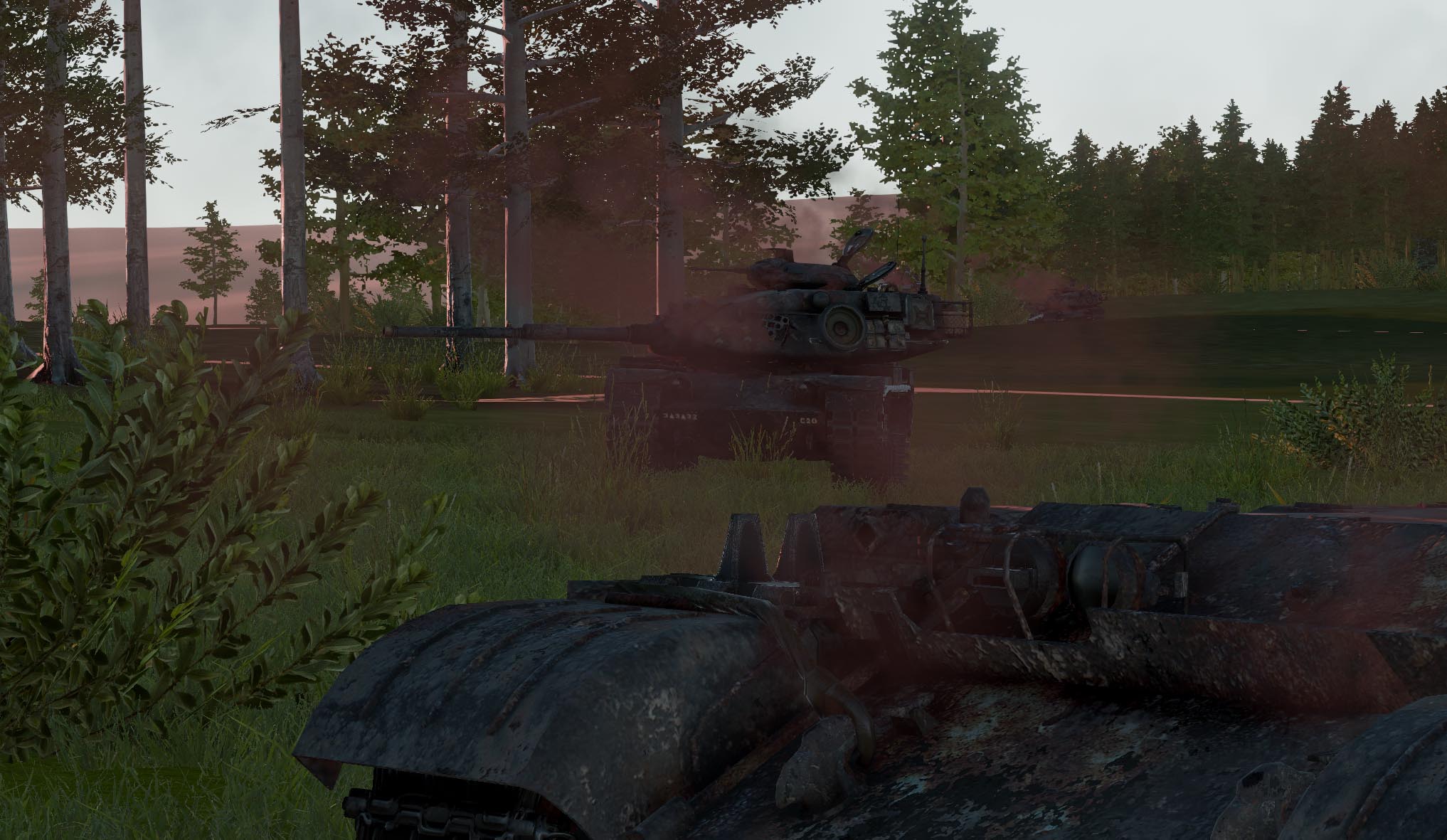 For the detail-oriented tank fans out there, we have model updates on the M60A3 TTS and the T-55A.  These highly accurate depictions now include:

Currently, only convoy markers and gunner's spotlight are available in this menu, but headlights and brake lights are set up on the vehicles and will be added soon.

We hope you enjoy the long-awaited return of gameplay to GHPC!  Keep an eye out for more new features and bug fixes in the coming weeks, as well as for an update to the public demo, likely in January 2021.