Both GHPC demos have been updated to version 20210301!  As always, you can find the public demo here.  Patrons can find the demo using the usual link, which will be shared again in the Patreon post for the update.

This update adds the long-awaited complete T-72M1 to the game!  The armor and component modeling is complete, and the vehicle is now fully playable in missions, if you're a Patreon supporter.  Public demo players will be able to preview the vehicle in the proving ground, but it will be locked out in missions and not respond to player input.  It is likely that some additional vehicles will follow a similar access model in the future, with a possibility of changing which ones are unlocked in the public demo over time. 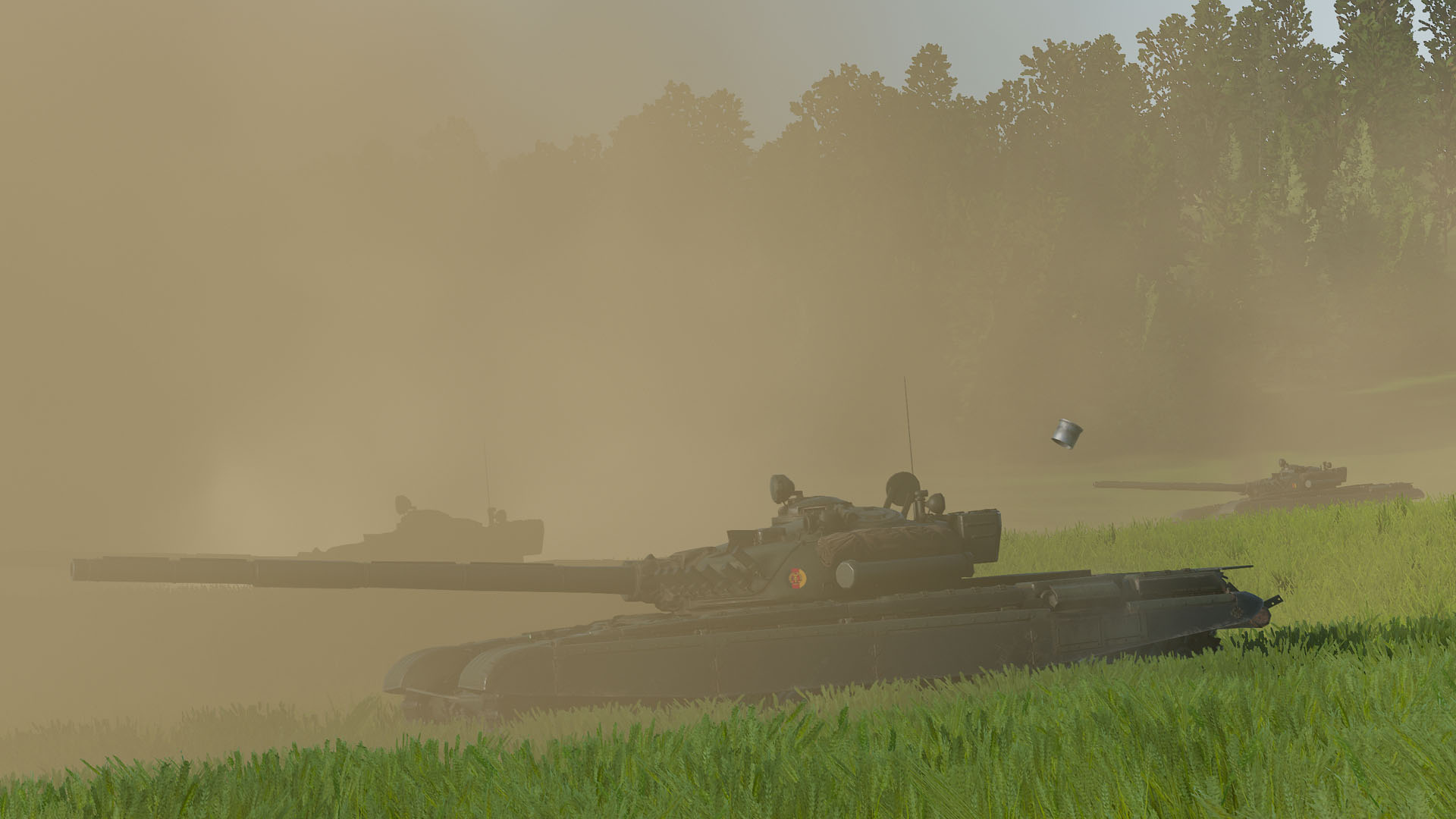 To showcase the T-72M1 properly, we have added a few new missions which feature it prominently, as well as inserting a few T-72M1s into some existing missions.  You will be able to pit it against the M60A3 TTS and see which one comes out on top.  The T-72M1 should be quite competitive, at least until the Abrams arrives...

The T-72M1 is the first vehicle in GHPC to feature composite armor.  In the upper glacis of the hull, it carries a composite sandwich armor of steel and glass textolite.  This setup gives it strong performance against HEAT warheads without excessive weight penalty - though you will still need to watch out for advanced munitions like the I-TOW.  In the turret cheeks, the cast steel is poured around inserts of "Kvartz", a sintered quartz ceramic that helps provide decent resistance against even APFSDS rounds.  Until the NATO 120mm guns are added to GHPC, the T-72 will enjoy partial immunity in hull-down shootouts. 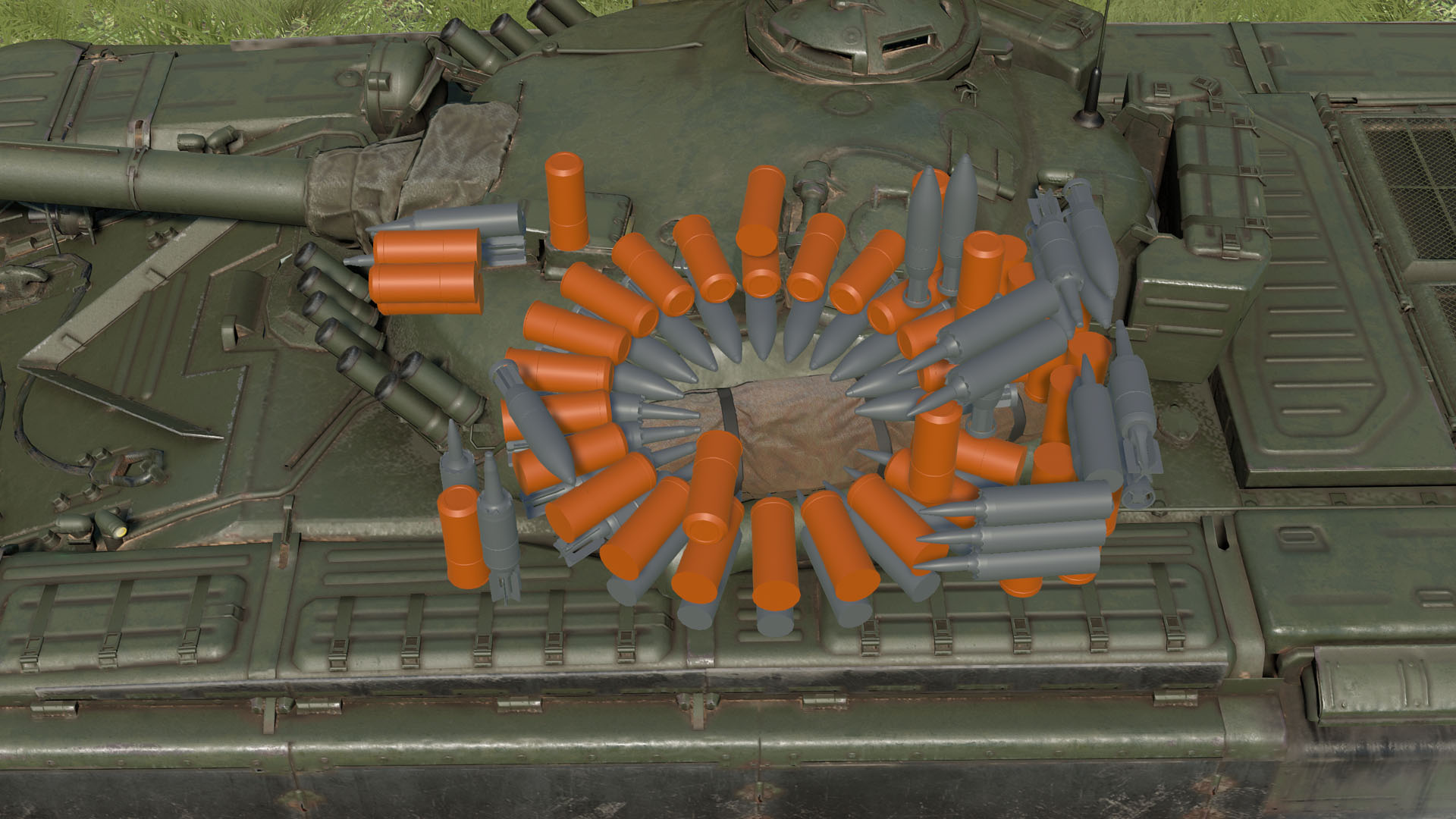 Another new feature for the T-72M1 is the autoloader, replacing the usual 4th crew member in the other tanks.  The T-72M1 uses the venerable "AZ" automatic loading system, which feeds two-piece cartridges from a shielded carousel in the turret floor.  The AZ can rotate at up to 70 degrees per second and is capable of automatically choosing the quickest path to the desired ammunition type - though in its early form, as seen in the T-72M1, it would only rotate in one direction.  In GHPC, the autoloader's seeking behavior and timing are fully simulated.  You can watch it in X-ray mode (O) or simply hear it working while you use the gunner's view. 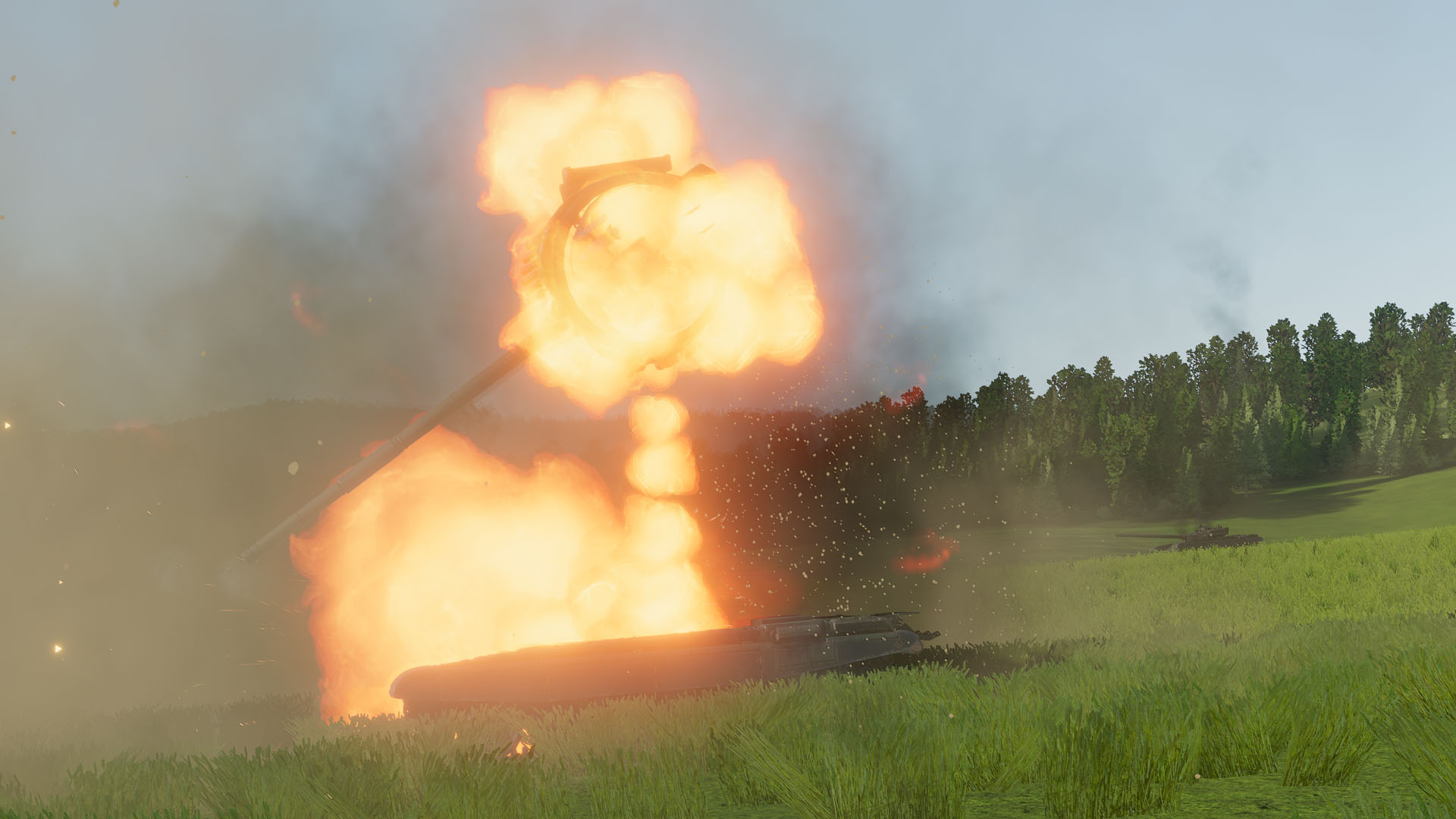 Despite the impressive frontal protection of the T-72M1, you will need to be mindful of your exposure and angling.  The side armor is not able to resist any significant threats, and the lower hull and driver's hatch areas are much weaker than the area with composite coverage.  Keep your front toward the enemy and fire from a hull-down position when possible.  With the vehicle packed full of spare ammunition and a very compact internal setup, a penetration of your armor will likely be catastrophic. 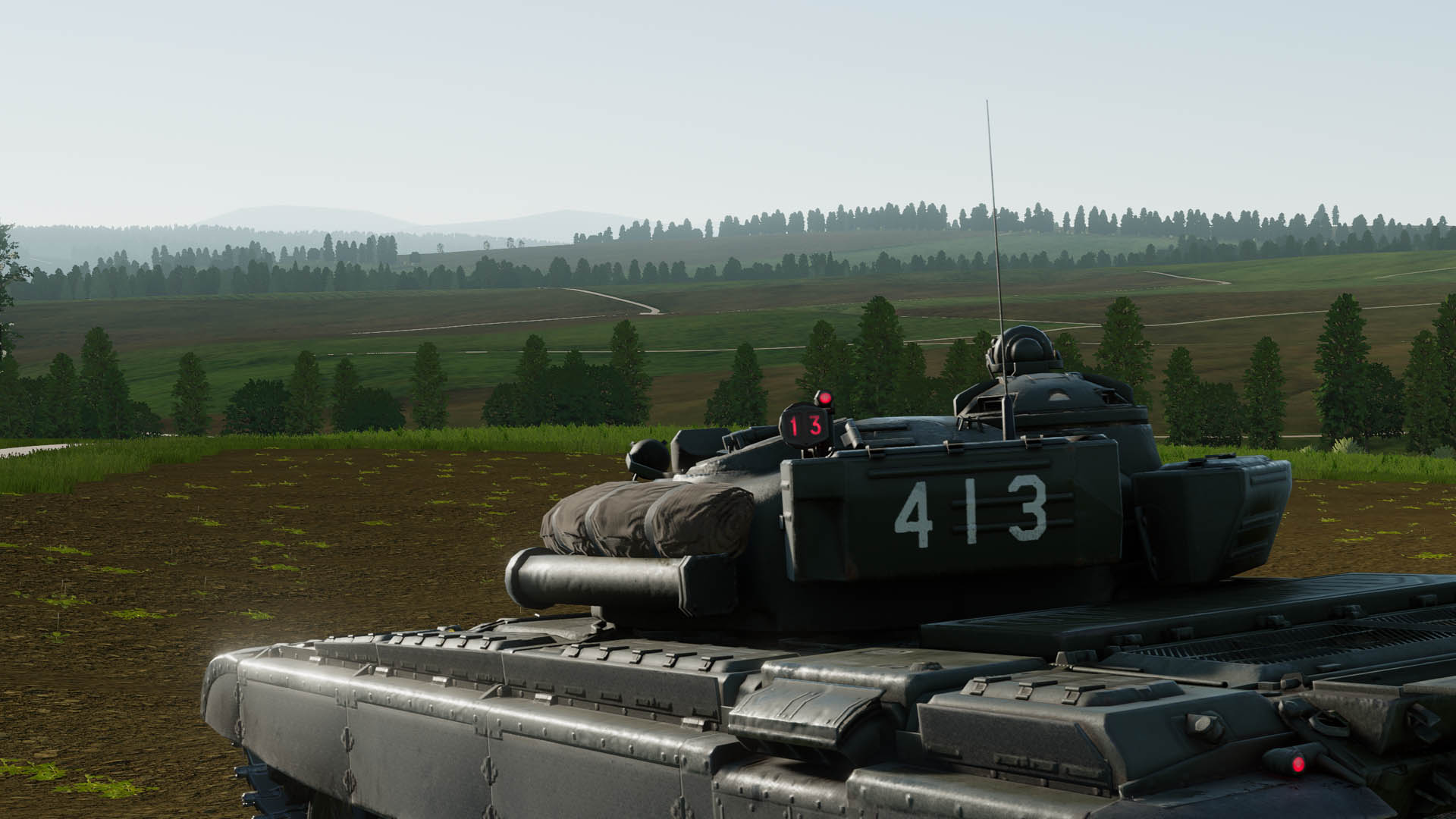 As a final note, some users may experience performance issues in certain missions.  The team is aware of this, and we are working to optimize the game over time.  One of the benefits of our open development process is allowing people to enjoy new features as soon as they're ready, and the tradeoff is that performance can suffer until we have the chance to fix it.  If you experience slow performance, try lowering graphics options in the Esc menu, especially the vegetation distance, shadows, motion blur, SSR, and AO.

We hope you enjoy the GHPC demo!  If you like what you see and want to speed us along in development, consider supporting the project on Patreon.  We rely entirely on community contributions and support.