It finally happened.  The Abrams is back in the game.

GHPC has been updated to version 20210401!  As always, you can find the public demo here.  Patrons can find the demo using the usual link, which will be shared again in the Patreon post for the update.

The most prominent development in this update is the introduction of the M1IP Abrams tank.  This one's been in development for a while, and we're proud to introduce it the the GHPC alpha.  You can use it in missions if you're a Patreon supporter, or just experiment with it in the testing range if not.

Several new missions are included to showcase the M1IP.  A few of these are near the new clusters of buildings on the Point Alpha map.  These are a work in progress and will be revised and expanded over time. 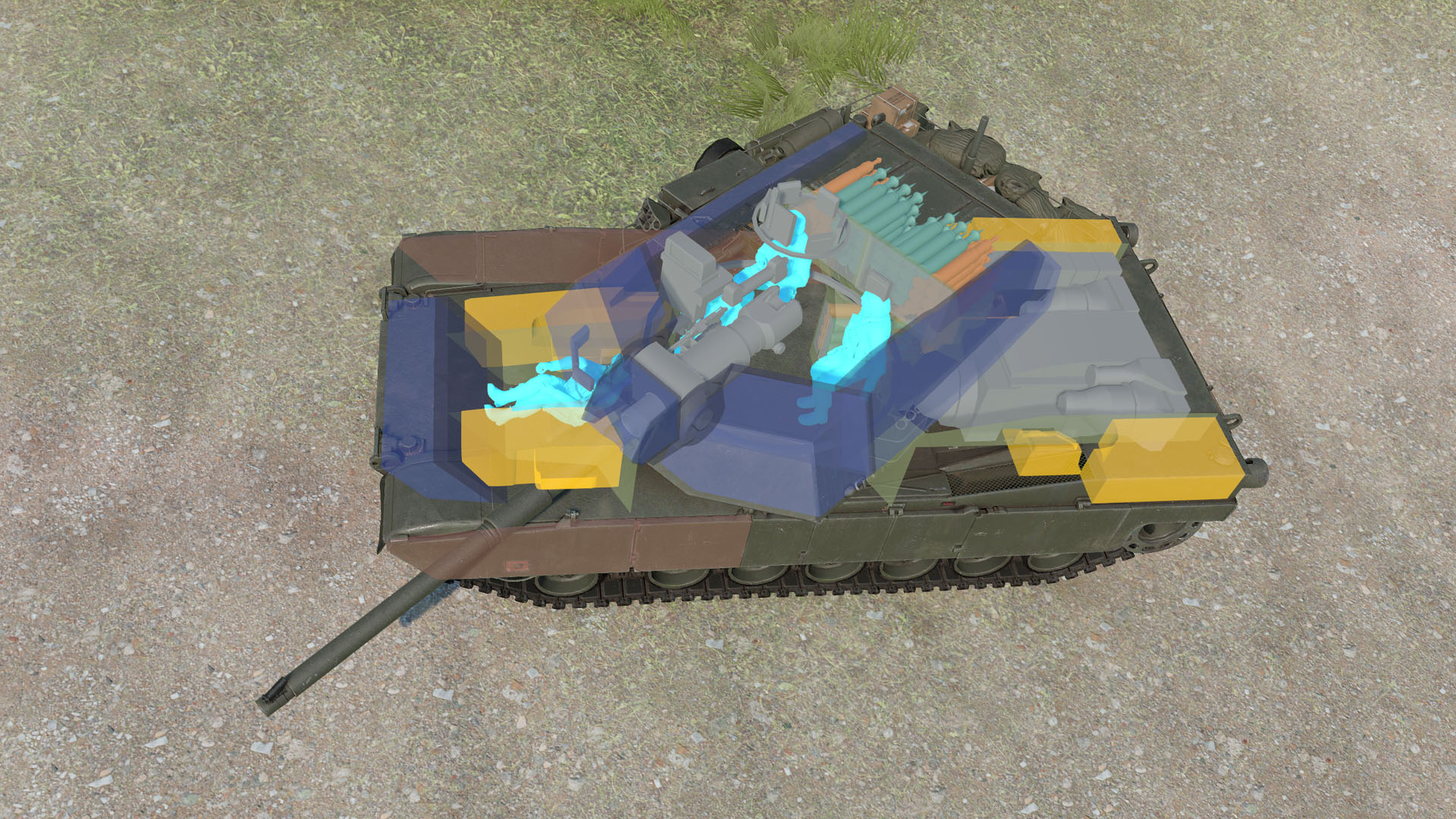 The M1IP is the first vehicle in the game to feature advanced composite armor arrays of the NERA variety.  This armor system, dubbed "special armor" by the Americans, protects the main frontal surfaces and the sides of the turret from most HEAT and APFSDS threats.  While this early form of special armor did not contain depleted uranium plates as reinforcement, as some later ones did, it still provided strong protection across the frontal arc.  There is also composite armor in the front sections of the side skirts - confusingly, this is also often referred to as "special armor", despite being constructed entirely differently.  The composite skirts are reasonably good at thwarting HEAT warheads from a near-frontal angle.

A unique feature of the M1IP is the fact that most of the ammunition is sealed in the bustle racks behind armored doors, with blow-out panels in the roof.  The hull storage has top and bottom blow-off panels as well.  The idea is that an ammo fire will blast the panels off and vent harmlessly into the air, keeping the crew compartment from being compromised.  Real-world testing indicates that this concept is sound, though it does have its limits.  If the armored firewall or the ammo rack doors are perforated, or the doors are not sealed shut, a fire in the bustle or hull storage box will spill into the fighting compartment.  This effect is modeled in GHPC as well - you can even watch the ready rack door slide back and forth in X-ray mode!

The M1IP also brings with it the most sophisticated fire control system (FCS) in the game so far.  This system includes a simple and intuitive lead compensation system: simply lase while holding the aim button, and your gunsight reticle will begin to update live to show the calculated lead offset.  To dump lead, just let go of the aim button for a moment, and the sight will return to fixed mode.  That's it!  This system somewhat emulates the controls in the real Abrams, where the gunner uses the palm switches to aim and dump lead.

The FCS in the M1IP is comprehensive enough to perform shots on the move, against moving targets, and score a first-round hit at combat range - so long as the gunner achieves a steady track and has the correct distance in the FCS before firing.  This is best achieved with a consistent driving speed and direction, which you can accomplish by using the cruise control feature (numpad + / -). 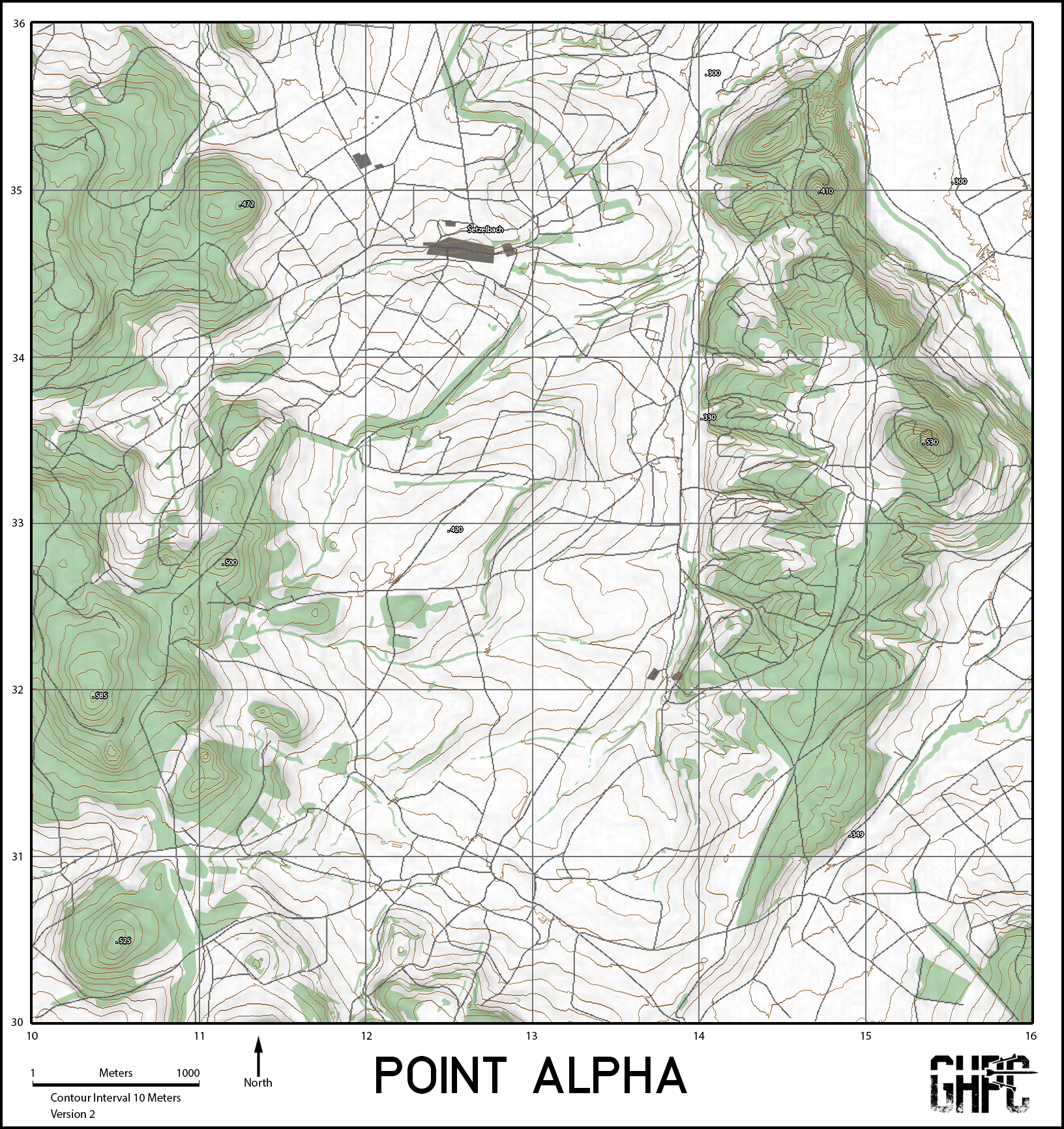 Finally, don't miss the new in-game map feature, available in the Point Alpha missions!  This is an early work in progress version, but it should help a bit with navigation for now while we develop more features for it.

We hope you enjoy the GHPC demo!  If you like what you see and want to speed us along in development, consider supporting the project on Patreon.  We rely entirely on community contributions and support.