GHPC has been updated to version 20220822! As always, you can find the public demo here. Patrons can find the full demo using the usual link, which will be shared again in the Patreon post for the update.

This update comes with a wide variety of new content:

The default gunner's sight aim behavior now considers the turret control (palm switch) to be engaged at all times, meaning you will simply move the mouse to control traverse rate, and tap RMB to disengage/dump.  If you prefer the old way of holding the turret control to aim, you can re-enable it in the settings, by deselecting the option "Invert Palm Switch".

The coincidence rangefinder in the M60A1 RISE (Passive) is used via the same keybind as the laser rangefinder (default: E).  When the rangefinder is active, you will see a "ghost image" where anything not at the indicated range appears doubled.  Adjust the gunsight's range (default: LCtrl + Mouse Wheel or PgUp/PgDown) until the target appears to be a single sharp image, then place the center of the non-ballistic reticle on the target and fire.  If you judged the image correctly, you should hit the target.

The auxiliary sights on the M60 and M1 tanks can be accessed via the view change button (default: C).  They are equipped with ballistic reticles that are automatically changed by the gunner to suit the loaded ammunition type.  Like most simple scope reticles, you can also illuminate them (default: I).

Artillery support is a work in progress feature.  For now, you can call in fire missions in many instant action missions using the map (default: M).  But be warned, the enemy may do the same.

AI vehicles using IR intensifier type night vision are now affected by infrared illumination when spotting targets at night.  They will see better when their own searchlights are active and will occasionally use them when observing.  There's a catch, though: IR illuminators are also easily detected by hostile AI!  Use caution when night fighting, as your IR illuminator will make you a blazing beacon in enemy night vision. 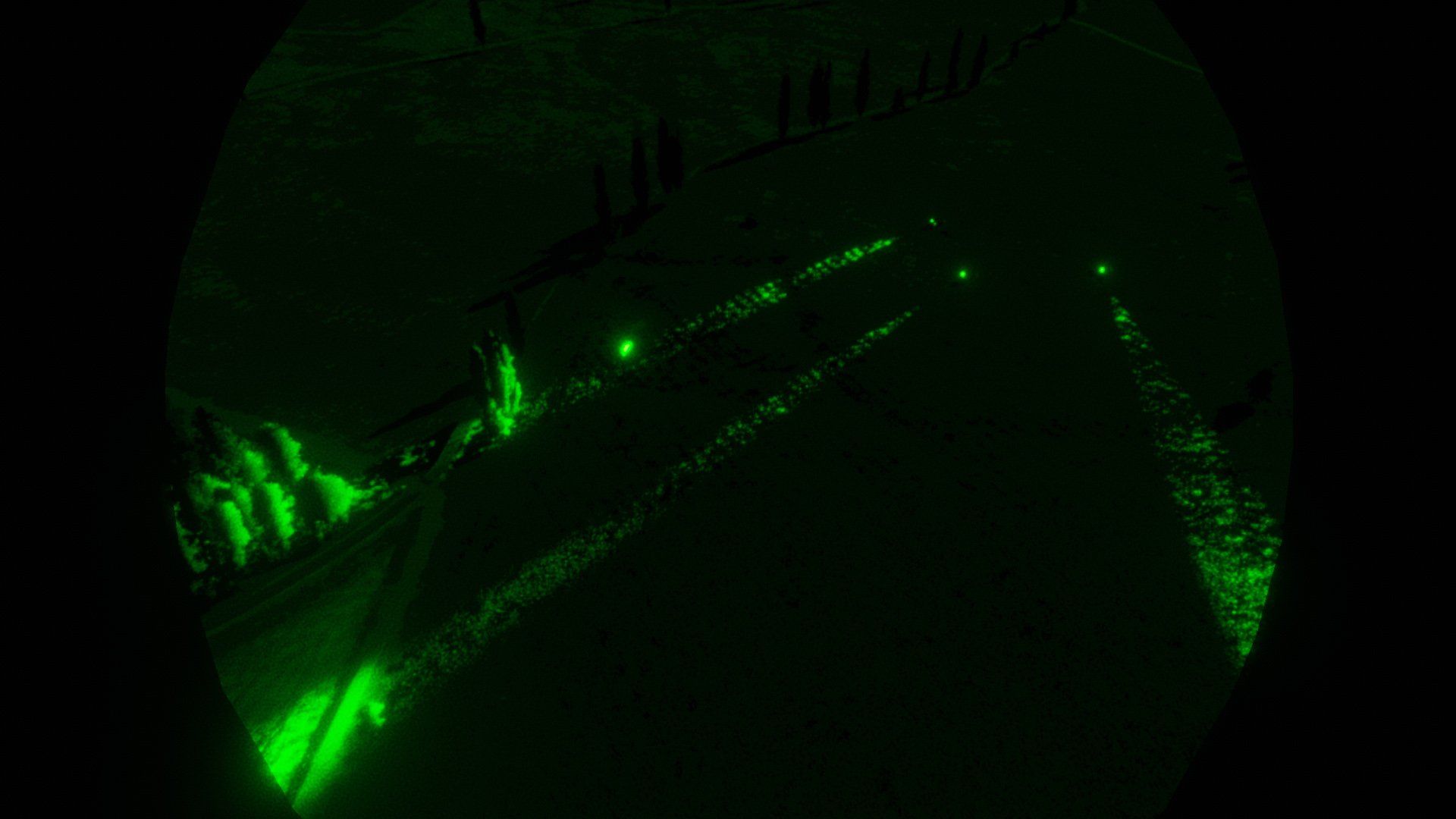 · 158d ago
The new range is great, but wouldn't it be possible to increase the speed of one of the moving targets? they are far too slow
Reply Like

· 157d ago
How to you get the new firing range?
Reply Like